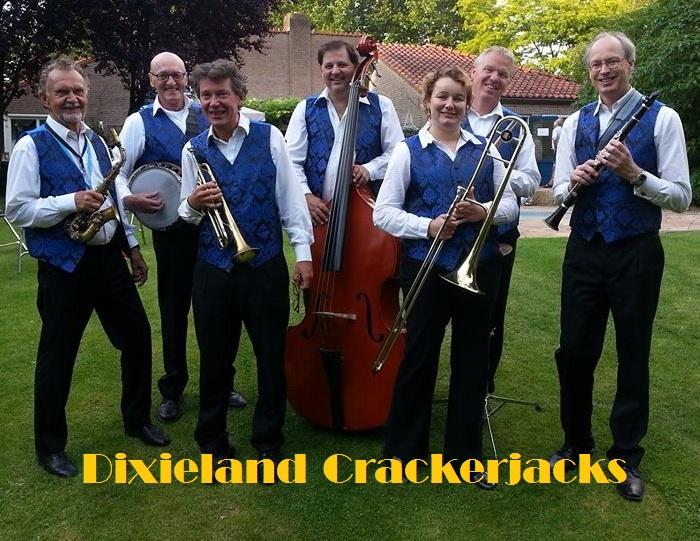 The very first performance by the band in January 1994, was with the Concert band. They won the first prize at the Leiden Jazz Festival that year. Although  the Marching Band of the Dixieland Crackerjacks probably would become better known through the sheer number of performances, making music on stage always remained a strong ambition in the mind of the band members.

The standard line-up is with 6 musicians, 3 in the rhythm section and 3 horns, including several band members who are capable of singing. At wish this basic line-up can be expanded by added guest soloists and/or vocalists.

Since there is a strong historical knowledge about the development of classic jazz available inside the band, concerts can be combined with a form of lecture.