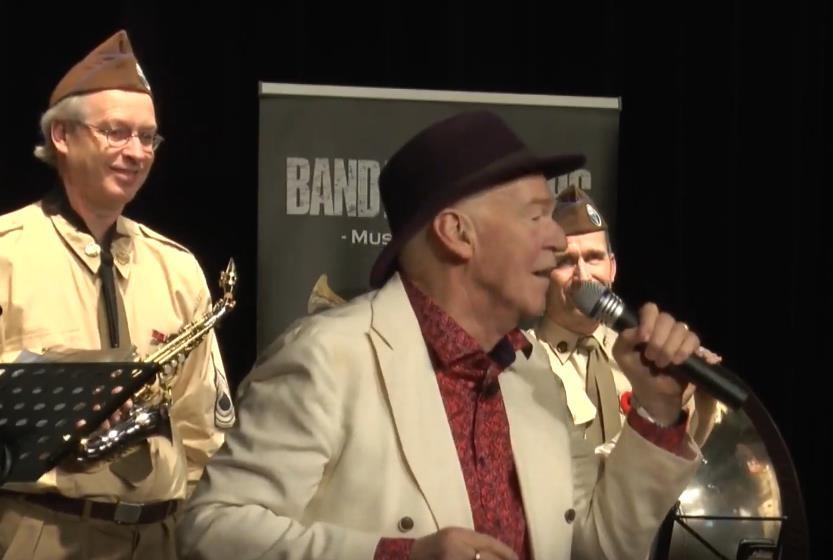 During the years, thanks to the music, we've met several wellknown people. The picture above shows a performance (Januari 31, 2020) with Peter Faber, actor in the movie: A Bridge Too Far. (1974) 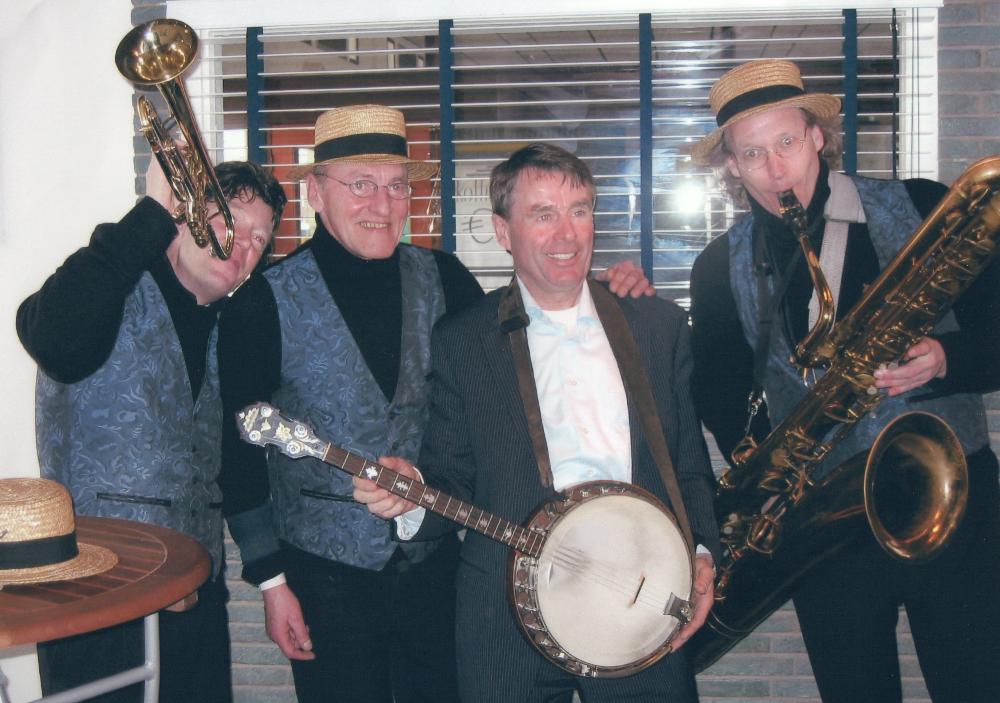 Hennie Kuiper was a fantastic cyclist in the 1970's and '80's. A train was named after him, on that day he wanted to join the Dixieland Crackerjacks. 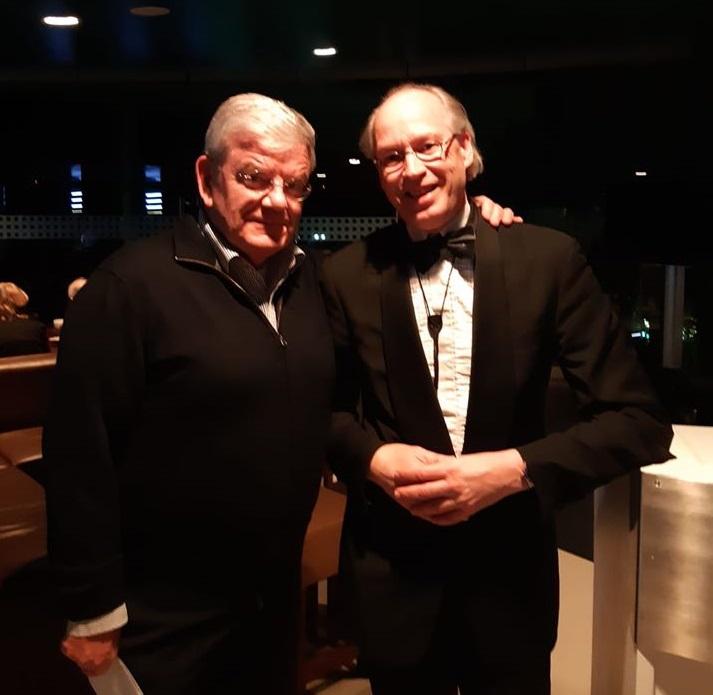 28. Januari 2020, the Big Chris Barber Band performed in Utrecht. The Major of that town, Jan van Zanen attended the concert and later wrote a special handwritten letter to Bert Brandsma. Van Zanen and Brandsma had met before several times, while van Zanen was Major of Amstelveen and the Dixieland Crackerjacks played there during Queens- or Kingsday. 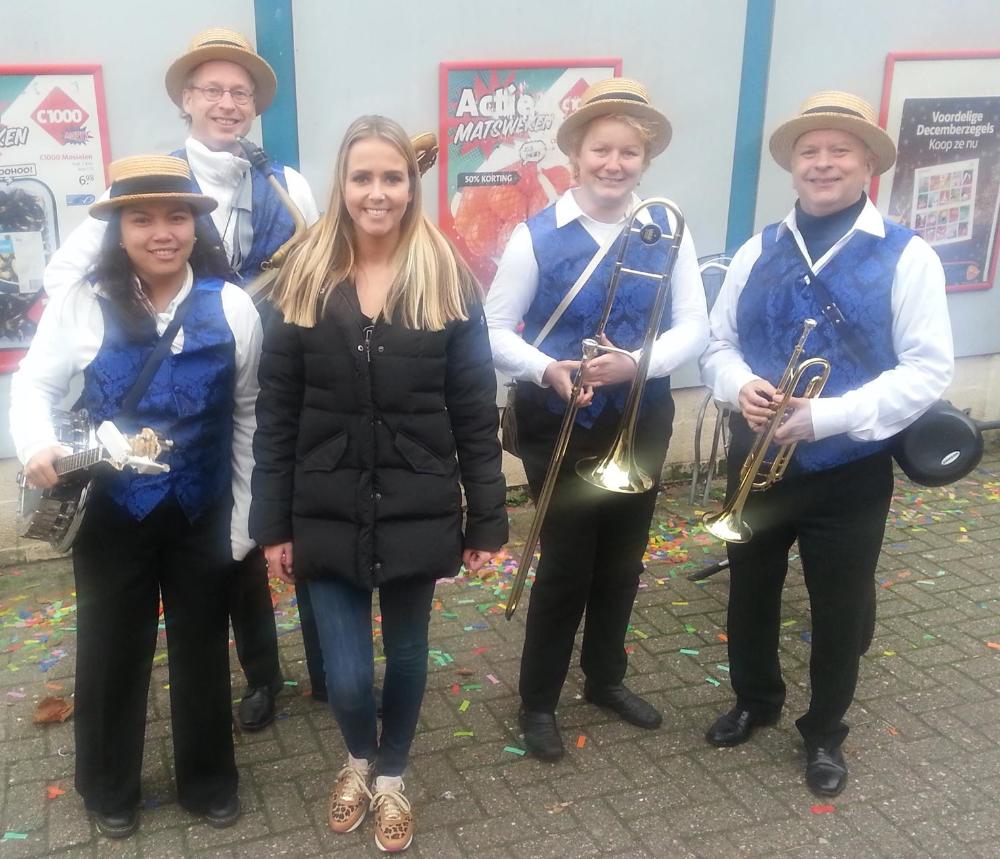 20. November 2014, the Dixieland Crackerjacks performed in Alkmaar, in a show presented by Monique Smit. This picture was taken backstage! 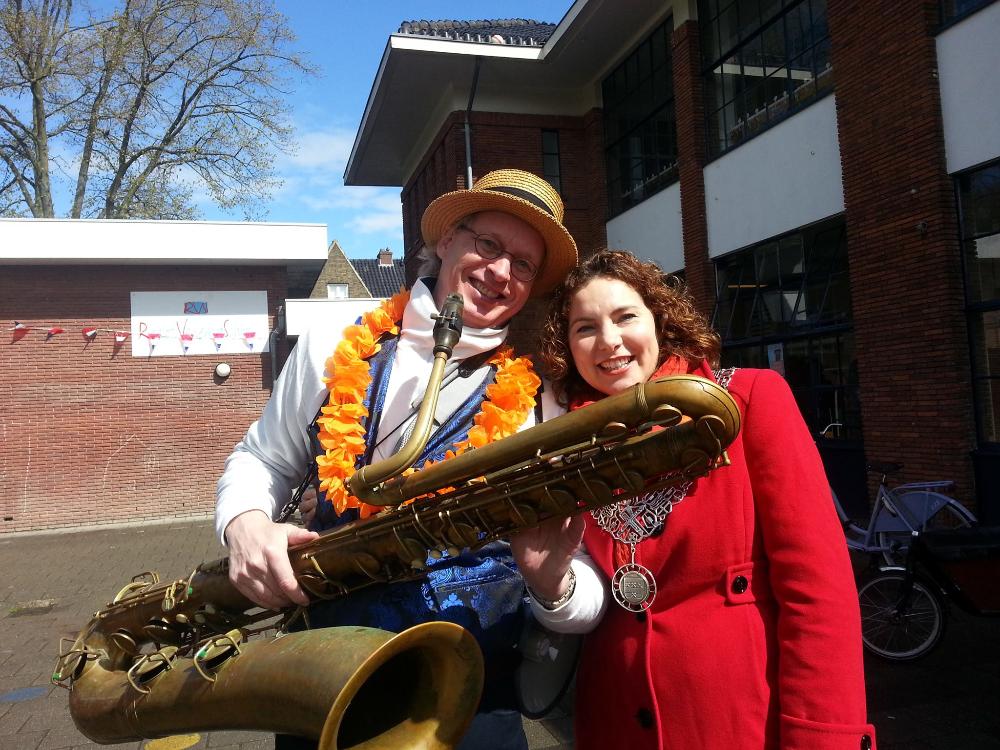 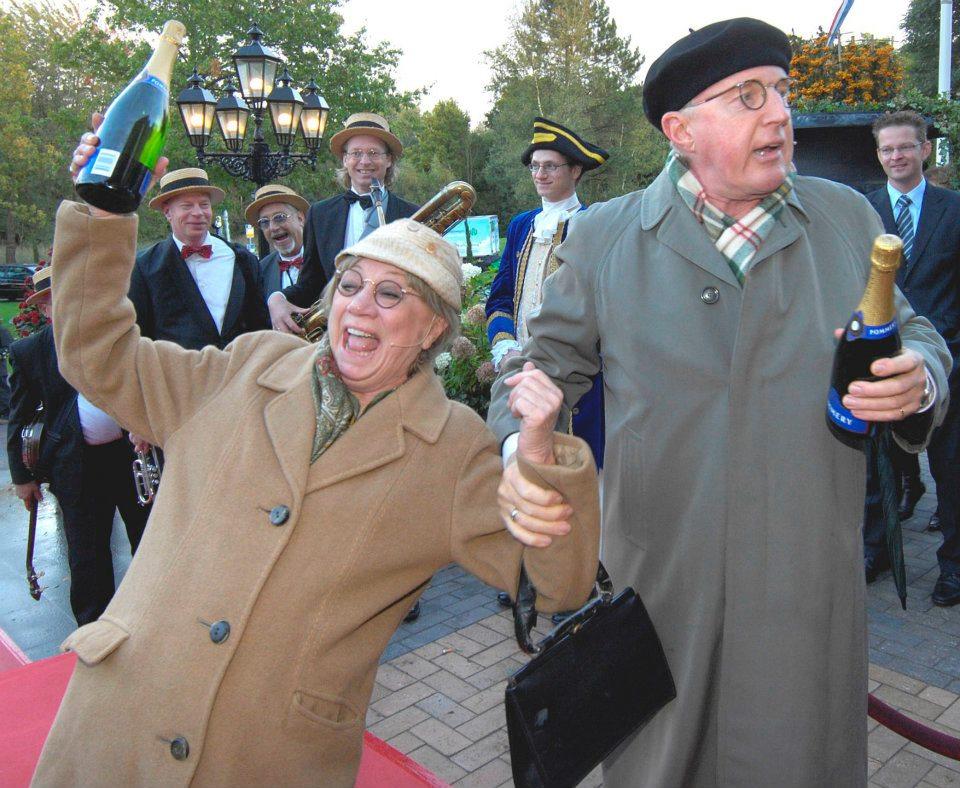 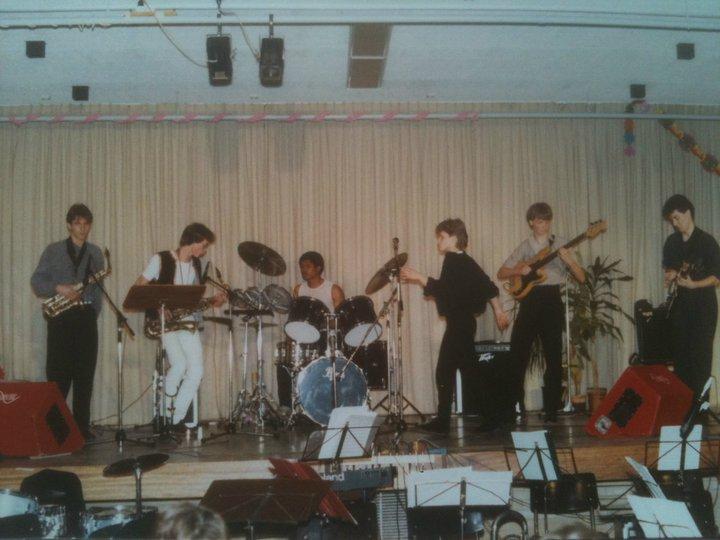